Spring is definitely in the air – and lots of good things are happening.

This past week saw the second meeting of our Snowmobile Committee. Not surprisingly discussing snowmobile trails raises the passions of many and the meeting demonstrated some of those fireworks. Most of the meeting was spent looking at the trail issues along Aberdeen Blvd. between Highway 12 and Bay Street. The Committee has asked for a better map to be produced of trail options and will use that to start making decisions. The next meeting date has yet to be announced.

What would spring be without a debate on pesticides? Get ready for a public meeting on this topic likely in the next two months. I will let you know when we have a date.

Our final major budget meeting will take place Monday April 2 at 6pm at the Town. The mood of Council seems generally set to accept a Town rate increase of 6.16 % for an overall residential tax rate increase of 5.38%. Since there is no property assessment change this year (MPAC is under review) you can determine your 2007 taxes by taking last year’s amount and multiplying by 1.0538. However, there is at least one more meeting to go.

Outside the Town some very good ideas are bubbling:

- Look for a “very special” type of Farmers Market event to likely take place in August. The coordinating group is talking about featuring local produce, local chefs and a family fun day.

- A dynamic group of local artisans and entrepreneurs got together this past Monday to plan a cultural renaissance for our area. This group, while still in its formative stages, plans to help our many local artists and artisans to flourish. As a start look for the Twisted Pines Music and Arts Festival this May18-21.

Our second Active Transportation meeting will take place Monday March 19th, 5:00 pm at the Town Hall. This meeting should get down to acting on some of the first ten Active Transportation items and reviewing where the Committee may be headed. Also note that the Town will be advertising for civilian members to join the Committee. Please try to become part of making our Town more Active.

The second Snowmobile Committee will take place Tuesday March 20th, 7:00 pm at the Town Hall. With the organizational matters out of the way the meeting should start looking at trail options and hearing from groups affected by snowmobiles. Another interesting meeting you may want to attend.

And lastly, a special meeting coming from a group of Councillors. On March 31st at 1pm at NSSRC a presentation and discussion will take place based upon Al Gore’s movie “An Inconvenient Truth”. If this is anything like the movie, it is well worth attending. While the event is not an official Town function it is supported by the Mayor. A tip of the hat to the organizers – Zena Pendlebury, Pat File and Stephan Kramp.

For those of you who did not attend the budget meeting last night, you missed an exciting time. There was a good level of debate fueled by some differences of opinion. Centre stage was the Town tax rate increase supported by topics such as holding the line on costs for the Sports Centre and looking at our Town utilities as a source of revenue. The bottom line – the Town tax rate increase will come in at about 6% and when combined with County and School amounts should give us a 2007 rate increase of 4.5% to 5%. (Please Note: the final rate numbers have yet to be determined by the Town)

Needless to say that my position that we should be in at 3% met with some opposition but I was pleased to have put my arguments on the table. The final budget revisions will be presented on March 29 at 7pm with the budget being adopted at the April Council meeting.

Rumours are afoot that we may have a local Farmers Market in Midland this summer. If you have any thoughts on what you would like to see in a farmer’s market, please drop me an e-mail.

And on the social housing front, planning is underway for a street drop-in centre. The project is being pulled together by a group of citizens and social agencies. If things go well it may be in place this summer. More on this later. 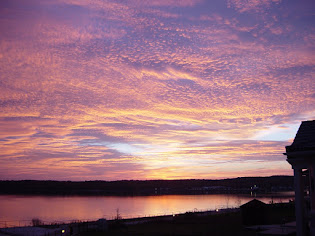